From our docks to their decks: Extending a holiday hand 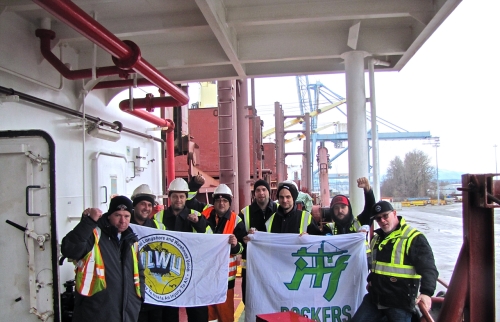 As longshoremen in BC looked forward to Christmas — one of the rare days that docks across the entire province are idled — some of our rank-and-file members decided to share a little Christmas cheer with seafarers tied up alongside their docks over the holiday period.

The men and women dug into their own pockets to prep hampers full of Christmas treats — including toques, socks, turkeys, sweets and even cards they had designed themselves. And then they fanned out to deliver the baskets on Dec. 23 and 24 to vessels from the Fraser River and Deltaport in the south to Prince Rupert in the north.

The ITF Canada blog proudly salutes these maritime workers. We wanted to share just a few of the photos they took while delivering their gifts.

Owen Dixon, wife Sherri Farrell and their children climbed aboard in Prince Rupert to share holiday cheer with crew. 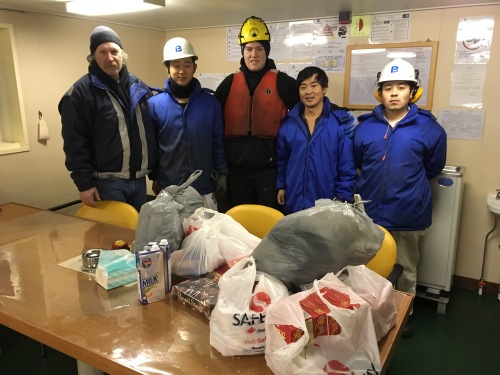 Dave Lund and Richard Larsen delivered holiday goods to the crew of the Kodiak Island, who were in BC to load logs in Prince Rupert.

Dan Kask and Rollie Hurtubise on one of four ships at Fraser Surrey Docks on the 24th. Kask observed: “Turns out the Chinse crew don’t know the word Merry Xmas, they just say Christmas and bow.”

Get a load of the goods.

Jeremy Noullet,Stephanie Dobler and Ian Neely aboard the Orca I delivering Christmas cheer and a message that the ship is not covered by an ITF CBA. 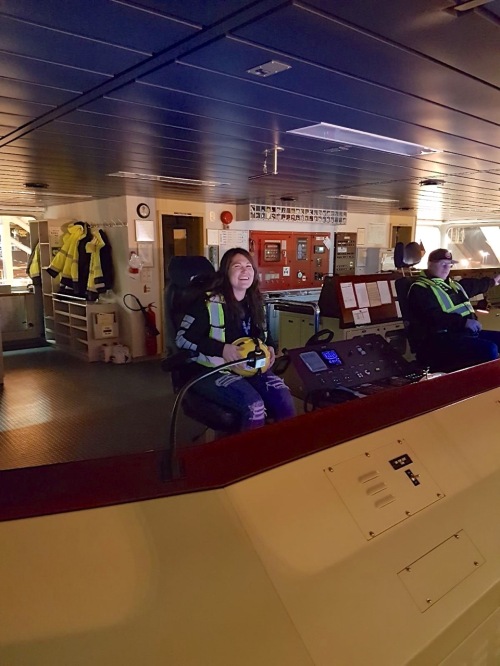 With Indian crew on the San Diego Bridge at Deltaport. 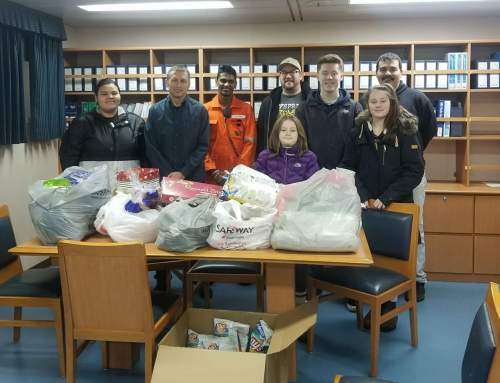 Chris Owen, John Cameron and his daughter Taylor on board the COSCO Thailand at Prince Rupert. 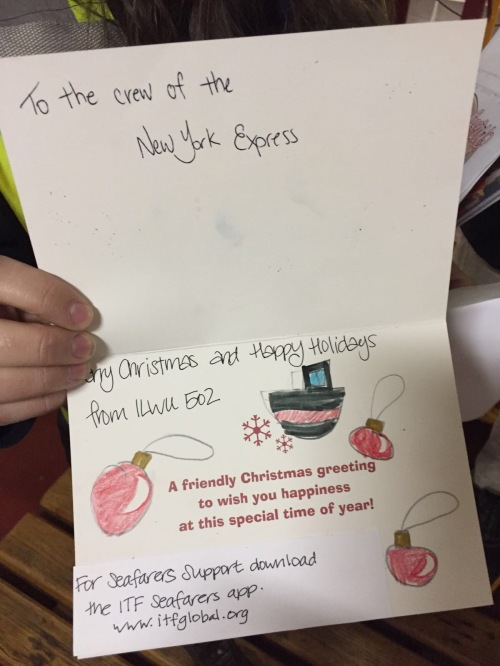 Solidarity Christmas card for the crew of the New York Express at Delta Port. Design by Jeremy.

With the crew of New York Express.

A Christmas card designed by longshoreman Dan Kask provided seafarers a link to the ITF app and the helpline they can use when they need support.

One response to “From our docks to their decks: Extending a holiday hand”