Solidarity: It moved a mighty mountain 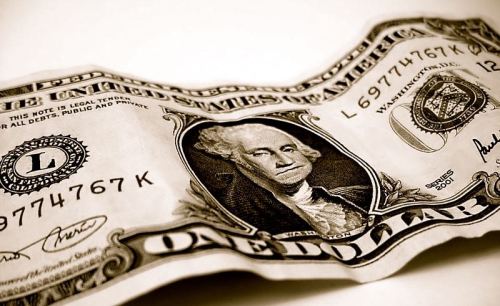 Solidarity is more than a slogan. It’s a muscle. And that muscle just moved $261,346.53 US — more than a quarter-million dollars — into the pockets of 19 Filipino crew who had been cheated of that much in wages when they sailed into Vancouver Monday.

As we reported Tuesday, the crew of the Ben Wyvis had just arrived from a month at anchor off Vancouver Island to load grain. Wages that support families, pay rent and school and medical bills back home, that should have provided their families a Christmas, had been withheld for three months. Food on board was running out. And more than half of the crew had been trapped in their workplace for months past their contracts’ return-home date.

Today, they were paid out in full — both the allotments that should have been sent home to family accounts, and the on-board pay that keeps them going during brief stopovers in ports while working.

The 12 of the 19 crew whose contracts have expired are being repatriated today. It’s too late for the Christmas they missed — which came on top of the Christmas the year before that they had been away working as well — but we wish them a safe and joyous return.

It’s a great lesson to all of us as we move into formation for 2017. Solidarity matters.

The Ben Wyvis flies a flag of convenience. It’s registered in the Marshall Islands, providing the owners and operators the lightest and friendliest of financial and regulatory burdens on earth. It also provides them the ability to exploit vulnerable crew.

Let’s be clear. The Greek managers of the vessel agreed to pay the wages owing only because they faced the risk, and the wrath, of the labour movement that stood up to them. The ITF was able to board, determine that the wages were owing and demand that they be paid by up by this morning. We do so on the strength of the solidarity of the world’s transport unions, the contracts we have fought for and continue to defend daily, and the international conventions that we have battled into place. In Canada, in the case of the Ben Wyvis, ITF Canadian Coordinator Peter Lahay was able to make it clear to the ship’s operators that should they fail to pay up, Transport Canada would be called in to detain the ship for breaches of the collective bargaining agreement and the Maritime Labour Convention — a tool won only through the strong, sustained and focused work of organized workers around the world.

We’re pleased for the crew of the Ben Wyvis. We remain concerned, though, as the ship sails for Ecuador today with its load of Canadian wheat. The company appears to be operating six ships, and appears to be troubled, and we can only assume those crews are faring no better than the ones we had the honour of assisting in Vancouver.

We thank our brothers and sisters in Canada and elsewhere for their interest in this case and the support they have shown. And we ask that your energy is directed to our next battle in Canada: the sellout of Canadian maritime jobs. Ratification of the looming CETA trade deal between Canada and the European Union will mean the shameful theft of decent maritime jobs now guaranteed by law to Canadians, and the right for international operators to replace our workers with vulnerable and exploitable foreign crew. Enactment of recommendations of the hypocritical Emerson report on changes to the regulations governing Canada’s transportation industry will spell the end of cabotage, the law that protects Canadian coastal trade. Cheap and vulnerable foreign crew will flood our ferries, tugs, barges, ships and docks, and all the trucking and drayage connected with them.

One Ben Wyvis is one too many. We cannot allow their employer’s disgraceful behaviour — and the behaviour of the other bottom-feeders in the industry — to define maritime work in Canada. And we should not design a world in which workers are assigned the role of mopping up the mess left by disproportionately corporate-friendly trade deals.

We’ll be raising our voices on Jan. 12 on just that topic. You might want to stay tuned.

2 responses to “Solidarity: It moved a mighty mountain”