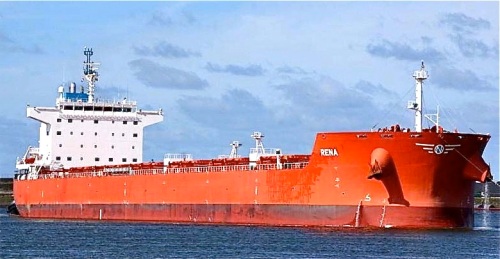 Some days, it’s especially clear why ITF inspectors wage our Flag of Convenience campaign against shameless shipowners – and today is one of them.

Serial offender MV Rena, a Bahamas-flagged FoC bulker, has been detained in Tacoma for multiple safety violations – including faulty breathing gear that wouldn’t have worked properly if crew had reached for it to fight a fire. The Rena is the same ship that sailed into Vancouver in February having cheated crew of four months wages — $167,000 US, which we managed to collect for the men. The owners, clearly incapable of shame, were caught again in June, by ITF Inspector Aswin Noordermeer at the Port of Amsterdam, having cheated crew again of more than $118,000. In 2014, the year before either of those wage claims, the ship was also caught twice for smaller amounts owing.

It’s hard to know where to begin with the outrage: Repeatedly cheating crew of money for work they have performed and that families at home are waiting for, sometimes desperately? Providing safety gear that might well fail in one of the worst moments any seafarer can experience at sea, a fire on board?

It’s easier to focus on the heartening part of the effort to support crew. Our work in collecting the wages in Vancouver got a big assist from Rob Ashton, the vice-president of the ILWU-Canada, and from local ILWU 502 rank-and-file members who attended the vessel when it berthed to verify that wages had been paid out and to collect and confirm paperwork. A shoutout to all involved for their acts of solidarity.

Together, we will continue the fight for safe, decent and just workplaces for seafaring workers.

You can find a story on the latest detention in Tacoma here.

And you can take a look at our favourite kind of paperwork here: 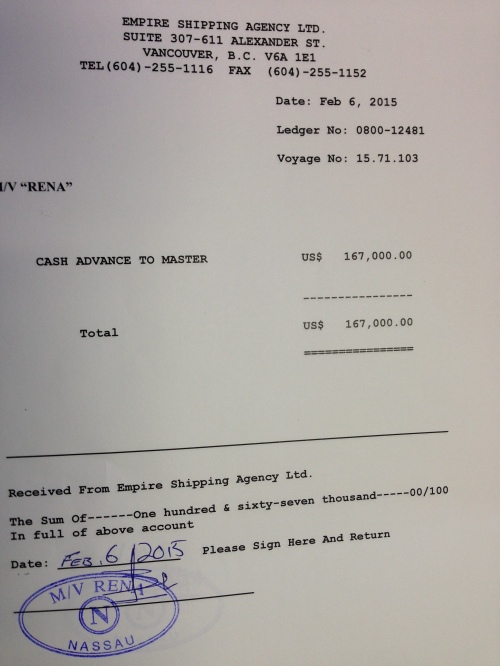